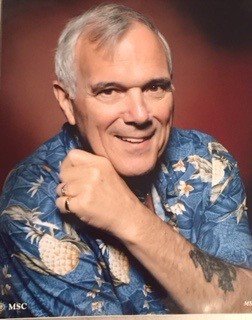 We announce with overwhelming sadness the passing of our husband and father, after his long COURAGEOUS battle with Mylofibrosis: June 01, 2019.

Doug was born in Hamilton, Ont, to the late Bruce and Helen (Yates) Jagger. He was predeceased by his wife Karen (Pindar) of 49 years and brother Larry.

Doug spent 25 years with the Royal Canadian Navy as a Clearance Diver, and a second career of 20 plus years as a Financial Planner where he met several lifelong friends. His love for life was spent with his family and friends and travel and with his new joy his bike.

For those wishing, donations to Light the Night would be appreciated.

“May You Have Fair Winds and Following Sea”

Share Your Memory of
Douglas
Upload Your Memory View All Memories
Be the first to upload a memory!
Share A Memory
Send Flowers