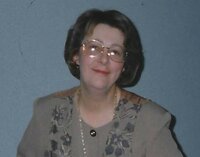 Joanne M. (Patten) Redmond Sydney, N.S. It is with the saddest and deepest regret that the family announce the passing of Joanne Redmond on Nov. 20, at the Hospice Center, with her daughter holding her hand at Joanne’s bedside. Joanne was born and raised in Glace Bay. She was the daughter of Florence (Matheson) and Fred Patten. She attended Morrison Glace Bay High School and later the Cape Breton Business College in Sydney. Joanne took a job with Children’s Aid and later became a stay-at-home Mom to raise her daughter and son. Joanne returned to the workforce with the N.S. Justice Dept. in Sydney, what she enjoyed the most, and making personal friendships with her co-workers - friendships that remained to her final days (they now call themselves the Golden Girls). Having moved to Marion Bridge, where she loved living on the waterfront for 27 years, she took up kayaking and loved swimming and boating. After leaving Marion Bridge and moving to Bedford, she joined the N.S .Commissionaires. Joanne is survived by her husband of 54 years, Dale, her daughter Kerry Ann at home and son David, Alberta; her sister-in-law Donna (Ron) Ferguson, Glace Bay, their daughters LeeAnn and Ronda; also many, many cousins whom she loved. Besides her parents, she was predeceased by her two brothers Ken and Jamie and her favorite pet dog, Kayleigh. A memorial service will take place in T.J. Tracey Cremation & Burial Specialists chapel, 6 Churchill Drive, Sydney, 902-539-7175 at a later date to be announced. Any donations in Joanne’s memory may be made to the Palliative Care or Hospice Unit in Sydney or the SPCA. On-line condolences may be made to the family at www.tjtracey.com