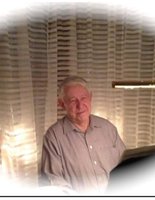 James 'Jimmy' Henry McNeil 12 October, 1944-2 August, 2020 Glace Bay With incredible sadness we announce the passing of James “Jimmy” McNeil, son of Harry D. and Marie (neé LeBlanc). A fixture of the Cape Breton musical community, his absence will be strongly felt. Perhaps most well known as a pianist and organist, he was happiest when collaborating with others. Over five decades he formed, conducted, and led many choirs, including Wings of the Spectrum, the award-winning Glace Bay Schools Chorale, Island Voices, and most recently Coro Cantabile. He was organist and choral director at St. Mary’s Anglican Church (Glace Bay) for many years, as well as St. Anne’s Catholic Church (Glace Bay), Bethel Presbyterian Church (Sydney), Knox United Church (Glace Bay), and St. Andrew’s Presbyterian Church (Sydney Mines). Additionally, he worked with the Men of the Deeps, Cape Breton Orchestra, the Highland Arts Theatre, and many local instrumentalists and singers. In 2017, he fulfilled a lifelong dream of attending the annual Bach Festival in Leipzig, Germany, and playing on many of Europe’s famous organs. He was humbled by the opportunity to perform on the instruments of his favorite composer and some of the world’s greatest performers. James was a tireless advocate of the arts and of the preservation of notable Cape Breton monuments. He dedicated, time, talent, energy, and personal resources to several not-for-profit institutions, including the Savoy Theatre, Calvin Presbyterian Church (Loch Lomond), and Historic St. George’s Heritage Committee. He organized countless fundraising concerts and events, and was instrumental in bringing many renowned classical music ensembles to Cape Breton for performances. His love of music and history were infectious – he was a master at galvanizing a community around a worthy cause. Additionally, he was deeply involved in philanthropic endeavors in Cuba, a favorite vacation spot that quickly became a passion project. Through ensemble tours and fundraising initiatives, he made a lasting impact on the musical community there. His philanthropy also extended to children’s organizations in under-developed countries. With his wife Joan, James was a consummate host. From post-concert receptions at their home in Glace Bay to the infamous ceilidhs at their cottage in Loch Lomond, together they created a warm and inviting space that embraced all who entered it. Great music and great friendships were made over many memorable occasions. No newcomer, whether those arriving in Loch Lomond from Germany or young up-and-coming musicians on tour, went without an invitation to “Jimmy and Joanie’s”. A graduate of St. Francis Xavier University, James taught English, history, music, and other subjects in Cape Breton Regional schools for 27 years, culminating at Glace Bay High School in 1997. He also taught piano, music theory, and singing to many in Glace Bay and surrounding area. James is survived by his loving wife Joan; children, Bryson (Erin Guindon) and Bethany (Darrell Long); granddaughter Anna; sister Claire; and his extended family, the Robinsons and Renee Xie, who were deeply special to him. He also leaves countless friends and musical collaborators. In lieu of flowers, the family gratefully accepts donations to the above mentioned institutions. A memorial mass will be held 10:00 a.m. Tuesday, August 11, 2020 at St. Anne's Church, Main St., with Fr. Duaine Devereaux officiating. Due to Covid-19 restrictions we are asking the public to stay in their vehicles until the family are seated in the church. Masks are mandatory.